1. VPC peering connection cannot be created between VPCs that have matching or overlapping CIDR blocks. 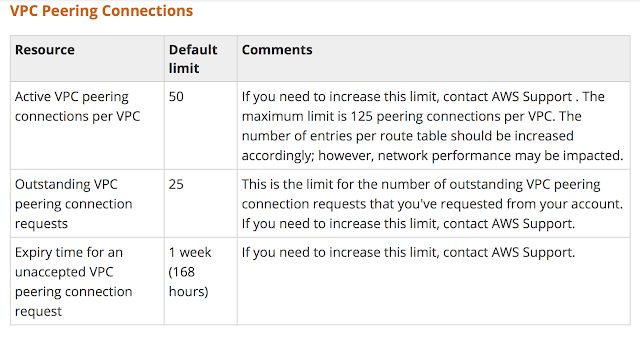 4. VPC peering does not support transitive peering relationships
In a VPC peering connection, your VPC does not have access to any other VPCs that the peer VPC may be peered with even if established entirely within your own AWS account. 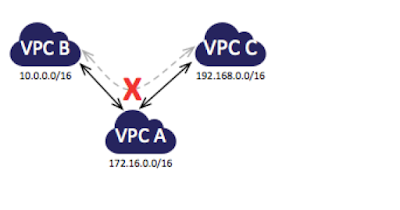 5. VPC peering does not support Edge to Edge Routing Through a Gateway or Private Connection

1.    A company has an AWS account that contains three VPCs (Dev, Test, and Prod) in the same region. Test is peered to both Prod and Dev. All VPCs have non-overlapping CIDR blocks. The company wants to push minor code releases from Dev to Prod to speed up time to market. Which of the following options helps the company accomplish this?